NetCamPro advances the technology by incorporating a Sony image sensor and Grain Media video co-processor in our new camera models: NCP2475SE [outdoor] and NCP2255SI [indoor]. These surveillance cameras look just like the older models. However the new cameras are packing more electronics on the inside that deliver superior performance.

The first big advance is the incorporation of a Sony IMX323LQN-C image sensor.  This chip provides superior night time sensitivity. IR (InfraRed) pictures and videos include more details. Furthermore our new surveillance camera models can record at a full 30 frames per second and generate an impressive 8 megabits per second video stream. This looks fantastic, by the way, on a 42 inch screen. 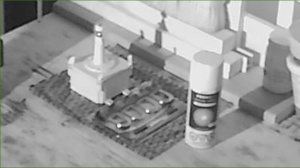 The second big advance is a Grain Media GM8136S video co-processor. This chip is a self contained computer with it’s own ARM CPU and high speed image sensor interface. The video co-processor is fully dedicated to increasing the camera’s WDR (Wide Dynamic Range). WDR is essentially the largest difference in intensity between the lightest and darkest areas of a given image or video stream frame. Increasing WDR results in more image details being found in the darker and lighter areas of pictures and videos.

The Sony image sensor produces over 186MB per second of raw image data. This would overwhelm most WiFi and computer networks so the data is compressed using the H264 standard. By executing more H264 compression “passes” for deeper encoding, the video co-processor packs more detailed information into the compressed video stream. The compressed stream data rate can be set to values from 50 kilobits per second to 8 megabits per second. 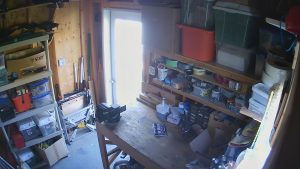 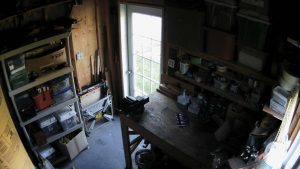 The newer models are completely compatible with the older models and use the same familiar applications and cloud recording. Furthermore the new models come with a 32GB SD chip and 1GB of lifetime cloud recording storage (which is over double the storage of our older models).

About the Author: David